On the 3rd, 4th and 5th of June 2016 the iconic Pacific Festival makes a comeback in Townsville to mark 150 years since the city became a Municipality.

Today, Sunday a Float Parade will travel from Mariners Drive, down the Strand to the Rockpool and into Jezzine Barracks.

In 1994 Saunders Beach Rural Fire Brigade became a part of the Float Parade as the colourful vehicles drove down Flinders Street.

The fire truck came to Saunders Beach about 1991. 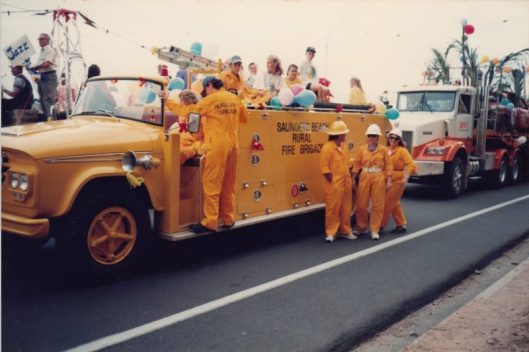 These two photos are from an album thoughtfully left in the care of the Saunders Beach Community Centre by a departing resident. Thank you.