Tuesday the 25th February 1964 was two nights before a new moon. At 8pm on that day darkness had closed around Saunders Beach. The Melisande, a sleek, steam-driven clipper, glided to a stop in shallow water about one kilometre from the beach. She was answering a beach bonfire.

Image 1. The Melisande was once owned by the King and Queen of Belgium. She had two engines each capable of 15 knots and allegedly sunk in Hong Kong Harbour in typhoon.

On board the Melisande were the Captain and crew and up to 1,000 exotic birds. Loaded in Singapore the birds were believed to be the greatest assortment ever smuggled into Australia. André Sabbé, a thirty-year-old Belgian zoologist had gathered the birds.  Flamboyant and brazen he was already an international bird smuggler.

One of the men tending the bonfire on the beach was Laurence John Friswell, a thirty-one year old company representative from Townsville. Self-styled The Birdman, Laurie had been trapping and selling Australian native birds, legally and outside the law, since he was a teenager under the registered name of Townsville Bird Traders. 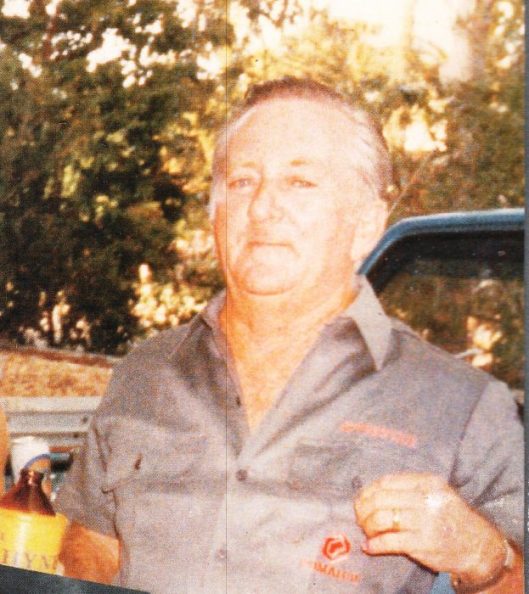 Saunders Beach, officially known as Jalloonda in 1964, fit the smugglers’ requirements for secrecy. A dirt road left the newly-completed Bruce Highway at Greenvale Street, Yabulu (immediately south of the current Yabulu Caltex service station). The road ran past the stumps of the old Saunders’ homestead and gradually wound down to the beach.

No nickel refinery, no street lights, just towering ironbark trees and scrubby undergrowth right up to the dirt track made it rough-going for the six ton flat-back Chev. One of Laurie’s friends had ‘borrowed’ the truck from his employer.

Saunders Beach had a reputation as a place to get away from civilization and fewer than a dozen houses were occupied  by permanent residents. (One of these was the NanKivell family.) The bird smugglers capitalised on this when they built the roaring fire – they supposed that anyone who saw the fire would suspect a rowdy party and stay away.

When it came time to unload the caged birds the Melisande lowered a small specially built flat-bottomed timber barge from hoists on her stern. In knee-deep water the men guided the barge across the tidal flats. The crates of birds were then carried to the truck, across soft sand and bindi-eyes (most probably Mossman River grass, still a problem for Saunders Beach).

There were many crates for the men to transfer and Laurie eased the task with freezing cold beer, stowed in hessian bags with blocks of ice. The clipper stayed off Saunders Beach until morning, then entered the main shipping channel to tie up at a wharf in Townsville Harbour. When Customs came aboard there was no trace of the smuggled birds.

The next few weeks were busy for Laurie as he distributed the 1,000 exotic birds all over Australia to the network of bird dealers he’d built up over the years.

It was now time for the next phase of the operation. Friswell and Sabbé planned to smuggle Australian native birds out of the country by the same method, only in reverse. At the time Australia was one of the few countries to forbid any exports of native birds, ensuring the highest prices for them on the black markets of the world.

Laurie had assembled 26,000 native birds, some bought from southern dealers, some trapped. Thursday the 12th March 1964 was two days before the full moon and the same plan was followed. The Chev made three trips to Saunders Beach to drop off Melisande’s outward cargo. This time Peter Pan, Laurie’s bondwood speedboat was used to ferry the birds, as well as the barge. From 9pm till about 3am on the 13th March countless trips were made.

The outward smuggling now complete Laurie waited for the money to start rolling in from André.  He dreamed of a return of one hundred thousand pounds ($200,000). His retirement fund.

But first Laurie had big debts to cover. Preparing 26,000 birds for a sea voyage had been costly – special cages to allow for movement by air from Manilla to Amsterdam, antibiotics to keep them healthy, Ovadol in their food to replace the benefits of sunlight. The cost of fuel for the Melisande from Townsville to Manilla was also met by Laurie.

Laurie waited while his partner-in-crime André lived it up in Manilla’s finest hotel. Letters started to arrive at Laurie’s Belgian Gardens home: from André with excuses instead of cash; and from bird dealers in the southern states of Australia warning him to have nothing to do with Sabbé because Australian Customs was onto the Belgian.

In September 1964, six months after the bird smuggling, Laurie received a phone call from André in Noumea. He was sailing to Townsville with cash. The rendezvous was Bay Rock, off the western tip of Magnetic Island. 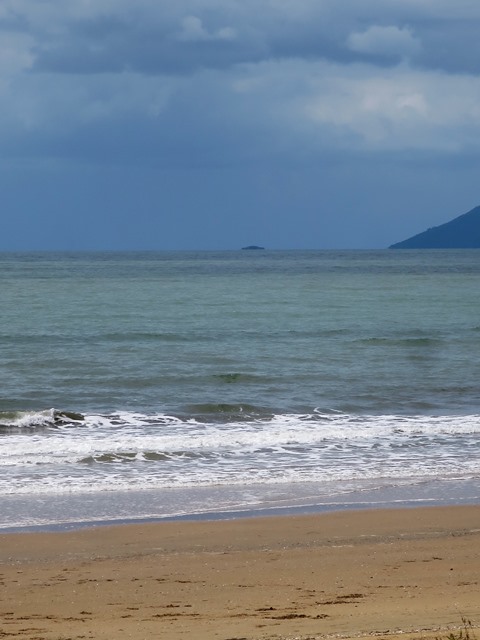 Laurie was to wait there for ten days until three each morning. Desperate for money Laurie waited in high seas that scared him out of his mind. André didn’t appear in those ten days, or the extra week Laurie gave him.

By now Australian Customs was onto Laurie as well as André. Local and Brisbane-based officers caught up with him one morning as he was leaving for work. They had a search warrant. At first Laurie revealed nothing about the smuggling, lying when the questions became too difficult. However, as the day dragged on Laurie decided to co-operate fully.

On the morning of the 28th October 1964 before a Magistrate at the Townsville Court House Laurence John Friswell was fined three hundred and fifty pounds ($700), in default eight months goal. Application was made to seize his boat also.

Australian Customs had arrested André at the mouth of the Brisbane River, over a thousand kilometres away from Bay Rock. Sabbé appeared in Townsville Magistrates Court on the afternoon of the 28th October. André’s matter was more complicated owing to his detention as an illegal immigrant. In the end Sabbé was remanded in custody, fined three hundred and fifty pounds with a week to pay, subject to an eight month goal term.

In the aftermath of the Saunders Beach bird smuggling many bird traders and fanciers throughout Australia felt the full weight of the quarantine laws, with the illegal birds seized and destroyed and heavy fines imposed. Internationally it caused a tightening of quarantine and customs laws.

The above account is largely from David Hooper’s book, Birdman, The Hilarious Misadventures of Laurie Friswell. Images 1 and 2 are from the back cover.

Image 4. Black cockatoo feeding in a sea almond at Saunders Beach. Their red tail feathers can be seen in a video on Saunders Beach History Project’s Facebook page. https://www.facebook.com/saundersbeachhistoryproject/publishing_tools/?section=VIDEOS&sort[0]=created_time_descending

Page 72. The common pink galah could be sold for £2,000 to overseas collectors. 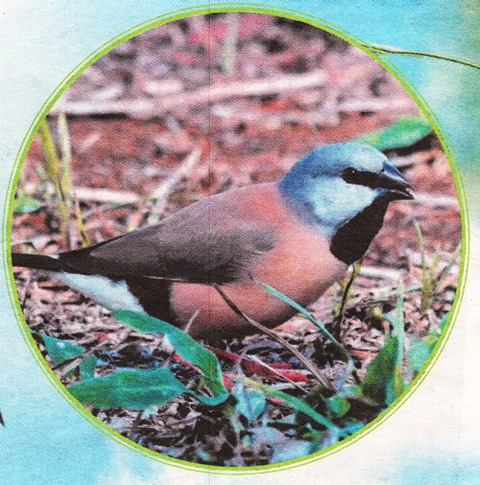